So it is time.
Time for me to write my
author bio.
So, what do you guys like to know about authors?
What would you write in your own bio?
What would you write about me?
How's this... the person who comes up with the best author bio (about me or you--I'm not picky) gets a prize... their choice.
EITHER:
A. A five page critique
B. A signed copy of The Body Finder
C. Hand-dipped chocolates from my most favorite chocolate shop in the world.
Let the bio ideas pour in! (And don't forget to tell me what prize you want.)
Posted by Bethany Wiggins at 1:14 PM 20 comments:

Phoebe finds herself drawn to Mallory, the strange and secretive new kid in school, and the two girls become as close as sisters . . . until Mallory's magnetic older brother, Ryland, shows up during their junior year. Ryland has an immediate, exciting hold on Phoebe, but a dangerous hold, for she begins to question her feelings about her best friend and, worse, about herself.

Soon she'll discover the shocking truth about Ryland and Mallory: that these two are visitors from the faerie realm who have come to collect on an age-old debt.

What I liked about this book: It was a new spin on an old fairy tale, throwing in a bit of history to give the story a little believability factor.
What I liked about the characters: The best friend, Mallory. She's a confused fairy suddenly dropped into the mortal world. She wears stuff all wrong... like a see-through Halloween costume with no panties. And inside-out shirts. Totally believable.
What made this book stand out: The main character, Phoebe. She's so down to earth normal--in a good way--that you feel like you live next door to her.
Release Date: September 7, 2010
The Bookanistas: Books are the New Black!

We are a group of writers in various stages of the publishing process, and we've decided to band together and review books. We--as fellow writers--will only post positive reviews, because The Bookanistas are all about spreading the love! Check out these other blogs for more awesome reviews.
Elana Johnson raves about PARANORMALCY
Lisa and Laura Roecker spread the love for GRACE
Carolina Valdez-Miller shines a spotlight on PERSONAL DEMONS
Shannon Messenger gushes about MATCHED
Christine Fonseca highly recommends GUARDIAN OF THE GATE
Shelli Johannes Wells shares all the BOOKANISTA'S BOOK BUZZ
Myra McEntire shouts out some cover love for CLARITY
Posted by Bethany Wiggins at 5:00 AM 13 comments:

I was sitting in a room full of people the other day and a woman in front of me had a bag. It said:
Don't expect me to act normal. I'm a WRITER.
I thought to myself. Aha! No wonder she's so odd! But then I thought to myself... What do people think about me? Maybe I should ask her where she got her bag.
What do you, as a writer, do that sets you apart from the norm? Here's one of mine.
I do cub scouts. For one of our weekly activities, we went to the police station. For every one question the cub scouts had for Chief Blackburn, I had ten...
If a seventeen-year-old is convicted of murder...? How heavy is a kevlar vest? Can you run fast with a kevlar vest on? Can I try yours on? How close do I have to be to shoot through a kevlar vest? How does your stun gun work? Can I hold it? Shoot it? What does a person look like right after he's shot? Who arrives at a murder scene first...? (Add to this me peering into his car windows, asking for a fingerprint demonstration, fingerprint-dusting demo, handcuff demo...)
So, by the end he was looking at me like I should probably be either on the most wanted list, or in a pshyc ward. And then, blushing, I explained...
I'm a writer.
So, spill. I wanna hear all about your writerly oddness.
Posted by Bethany Wiggins at 8:58 AM 28 comments:

A Little Help From My Friends

You know when you see pictures of yourself you're like, Is that what I really look like? When did I get wrinkles? Ugh--I forgot to suck in in that one (byproduct of three kids). And your ever-patient photographer takes about 200 shots because even though she's brilliant, the camera doesn't lie?
(Anyone sensing author photo stress?)
Yep. I need a photo that reps ME. One that says, Hi there. I'm the person who wrote this book--little ol' me.
'Kay. I am at that I-need-a-photo point. And I've narrowed it down thanks to the awesome photo talents of my sister Brittany Hammond (yes, my personal photographer) to a few. So here is what I need to know.
Which ONE?
#1 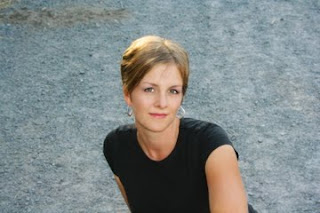 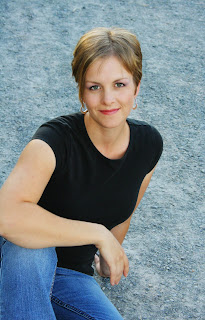 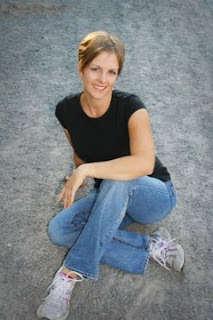 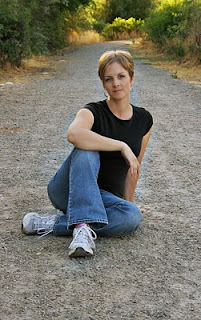 Let me know your thoughts!
--Bethany
Posted by Bethany Wiggins at 2:26 PM 68 comments:

Bookanistas: Tell Me a Secret

Again, it is time for the fabulous Bookanista reviewers to share some literary love. This week I was lucky enough to have read Tell Me a Secret by Holly Cupala.
As school begins, 17-year-old Rand knows that she is pregnant. She wants to tell her boyfriend, but after being away at camp all summer she doesn't feel as close to Kamran as she once did. Making matters worse, she is increasingly certain that he is dating her best friend behind her back.
YOU HAVE GOT TO READ THIS BOOK!!!
I fell in love with it. It is a sad, deep, touching story that made me cry and wish I could jump into the pages and tell Rand, the MC, that everything was going to be all right.
Favorite Quote: My feet found the trail, joining the few joggers who braved the heavy, pre-rain air. Little did they know they were jogging past the worst day of my life.
Favorite Character: Rand. The main character. No competition. I felt like I WAS the MC. My heart broke along with hers. My hopes soared when hers did. I cried when she did (and I don't usually cry).
Best Part: The MC does things that might make her seem weak in today's society (like giving up her dream to become an artist in exchange for keeping her baby), but she is even stronger for doing them... because they are the right things to do.
So check this little gem out. Trust me. Totally worth it!
For more Bookanista literary love, click on the links below.
Kirsten Hubbard - GIRL, STOLEN
Beth Revis - LIPS TOUCH: THREE TIMES
Carolina Valdez Miller - THE DUFF
Myra McEntire - VORDAK THE INCOMPREHENSIBLE
Lisa and Laura Roecker - THE IVY
Posted by Bethany Wiggins at 12:24 AM 11 comments:

I was watching Anne of Green Gables again. Part two this time, where Anne is trying to get a short story published and gets
rejected.
All I can say is I TOTALLY GET HER!
And then Marilla says something that really stirred my inner debater. This isn't a quote, just as close as I can recall.
"Anne, why do you do this to yourself? What makes you want to create trials and hardships in your life? I've chosen the easy, calm life, one without rejections and self-made heart break."
So I've been thinking. Why did I choose this? Seriously. Looking back, the rejections were hard. And my answer:
Choosing my trials is a lot easier than letting them choose me!
Why do you do it? What makes you torment yourself with rejection after rejection, self-induced trial after trial?
Posted by Bethany Wiggins at 5:56 PM 20 comments: