A lot of people have asked me lately if I have any tips to help beat writer's block. Because, seriously, being trapped in your own writing, with a tiny view of the story ahead, is miserable! Sort of like being all dressed up with nowhere to go. Or being stuck in a fortress with the most amazing forest just around the corner . . . and you can almost see it! So here are a few tips.
First of all, if you're not clear on your vision, how are you going to write it? And I'm NOT talking about the ending of the story. Just the next three, five, ten pages. No more. Because if you can decide where your story needs to go in the next few pages, then you can sit down and write it. Baby steps people!
Another tip that works for me: get your ipod, download music that fits your story, and then go on a nice long walk. Even if it's on the treadmill. If you're like me, the story will start to flow.
Also, maybe you just need a little break to give your story time to grow, ferment, germinate. I thoroughly believe writing is like cheese. The longer it has to sit and ripen, the stronger it becomes.
Spend time every day on the computer. WRITING, mind you, not playing on facebook or bejeweled blitz. Even if all you're writing is blog posts. Or character bios. Just get in the habit.
Lastly, if all else fails, just write the darn story! Force it out, one-thousand words a day. Don't worry about typos, plot, prose, because all of those can be fixed. That's the beauty of writing--you can change anything and everything. It just has to be written first.
Now, if you still need some inspiration, go here and here. Best of writing luck!
Posted by Bethany Wiggins at 6:21 AM 18 comments: Links to this post

Drawing My Way Out of a Paper Bag::By Angela Felstead

Before we get to Angela's post let me give you guys a little info. For those of you who already know her, Angela is married to my cousin. That's right--I, Bethany Wiggins, am Angela Felsted's cousin! She has a book coming out--a book of poetry.
Second, Angela (author of My Poetry Place blog) is an incredible musician. When she told me she would do a guest post on my blog and I could pick the subject, I was thrilled! I asked her about the creativity difference between writing and making music.
Lastly, Angela's book is on sale for pre-order here (go ten rows down). And here is an amazing video she made.
Drawing My Way Out of a Paper Bag
by Angela Felsted

First off, anyone who has read The Little Prince is likely familiar with this picture. It represents the difference between how adults and children see things, because where a grown up may see nothing more than a rumpled hat, the child sees an elephant inside a boa constrictor.
Since I am artistically challenged, I draw my elephants in a different way entirely. Poems are my sketches; music is my paint, and the emotions I convey are determined by my color palette.
In the first year of my marriage, whenever I got angry with my husband, I’d practice on the main floor and tear into the Walton Viola Concerto until music reverberated off the hard wood floor.
“Are you imagining ripping my head off?” hubby would ask, more conscious of the aggression in my playing than I was.
“Of course not,” I’d lie.
His eyes would go wide, and he’d get this frightened look on his face, like he was a little boy and I was his mother about to scold him.
Later, when I was calm, he confided that it scared him when I express my anger through playing the viola. I didn’t have to speak or voice my feelings when I put them into music. The sounds and notes I produced screamed them for me. Though I did not write those notes, I could bend them to my will.
Music was my conduit.
Poetry is different. When I write poetry, I decide which word goes where. I am the master and creature of my universe, even when the words I choose rebel and misbehave, even when I need to rewrite everything at least ten times. Please don’t get me wrong, Poetry is a conduit too. But being the one who patches it together, I’m forced to ask myself if the words I employ are up to task, if I need to tell the reader about my elephant, or if the mention of his tusks and trunk speak louder by themselves.
Sometimes less is more. 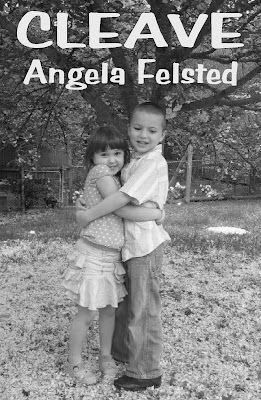 Posted by Bethany Wiggins at 5:06 AM 14 comments: Links to this post

The Truth About Editing aka Steeped in Words

I had someone ask me (hi Janae) what the editing to publication process was like for me. Let me just say--being an author isn't so much about writing. It's about editing. Or rewriting. Take your pick. The smallest part of publishing a book (for me at least) is the initial writing of it!
Here's sort of how things went for me.
I wrote a book in six weeks (The Birth Of SHIFTING).
I edited it for six-ish weeks. Maybe more like eight weeks (and then I re-edited/revised/cut/ rewrote/polished it a whole lot more over more than a year).
Jump ahead to the part where I get an agent. No edits. Agent shows it to Walker Books. Walker books wants it but they want more Navajo lore. So I . . .
REWRITE THE BOOK AGAIN (at least the first half)! With Emily Easton's brilliant insight/suggestions.
And after that, I get an editorial letter stating the weak parts of the plot, what needs to be changed, what sounds too contrived, what sounds too cheesy, what sounds too boring, etc. So I . . .
REWRITE MAJOR PORTIONS OF THE BOOK AGAIN. And then I send it back to my publisher.
A few weeks later, I get a hard copy of the manuscript with notes in the margins, gramatical corrections, more notes in the margins, more gramatical corrections, notes in the margins, and I . . .
REWRITE IT AGAIN. But not as much of it this time. I also go through the document and correct improper grammar, fix punctuation, spelling errors--the stuff that was noted in the hard copy. I email the revised doc. back.
(repeat the last two paragraphs twice or so)
A few weeks later, I get an email asking me to clarify a few parts of the plot and please rewrite the epilogue (which I did, and now it is an awesome epilogue where before it was mediocre). And I email it back.
A few weeks later I get another hard copy of the manuscript, a version that has been proofread by a copy editor. I go through the entire manuscript and make sure I agree with all the changes (I do). I UPS it back.
And then I get the manuscript that is printed just like the actual book will be printed, and please read and make sure everything is how I would like it to be (It is). I UPS it back.
And then I get the advanced readers copy. But there's a little problem. The new and final cover has a girl with her hair turning into a snake. There used to be a snake scene in the book, but in all the rewriting and editing, it's been removed. So I write a new scene with a snake (actually replace a fairy scene with a snake scene).
By this time I feel as if I'm so steeped in my manuscript, the words are bleeding out onto my skin.
And then, and then, the book is finally done!
So there you have it. The truth about edits. Writing isn't really writing. It is REwriting.
Posted by Bethany Wiggins at 8:46 PM 12 comments: Links to this post